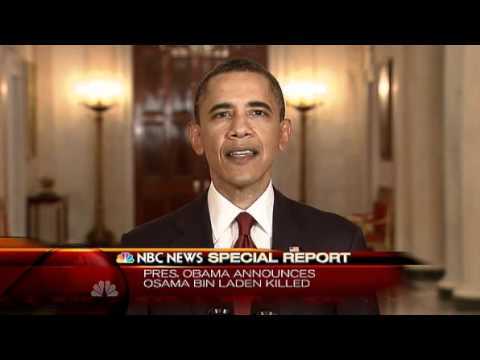 The historic news of the death of Osama Bin Laden has once again thrust DNA science into the forefront of the media.  Identification of Bin Laden through DNA is as high profile as it gets for the science. The World, and not just a twelve-member jury pool, must be assured that the identification is correct.  I thought this would be a good time to talk a bit about the basics of DNA inheritance and its use in identifications.

It has been reported that the DNA of Bin Laden’s sister was obtained after she died in a Boston hospital.  There were many known relatives of Bin Laden, so it is reasonable to assume that our government had other DNA profiles on file to assist in his identification.  Picking up a cigarette or swabbing a drinking glass is generally sufficient to obtain a DNA profile, so these profiles could have easily been obtained surreptitiously.

Just how exactly a relative’s DNA can be used to identify someone can be a bit perplexing.  On one hand, the strength of DNA is its uniqueness.  How then, can looking at the DNA profiles of relatives be useful?  The quick answer is that the more closely related two individuals are,  the more similar their DNA is expected to be.  Based on the possible variations of inheritance and recombination, if we look at the entire DNA sequence, it is clear that no two individuals will have the same DNA makeup (excepting identical twins).  However, in forensic science and identifications, only a very small portion of the entire DNA content of a cell is examined.  This is chiefly due to the fact that much more than 99% of DNA is exactly the same among individuals, because DNA is the instruction manual for producing and maintaining humans.

In order to get a grasp on how this works, let’s first look at some basics on inheritance.  The DNA is found within cells in the body (e.g white blood cells, sperm cells, cells from the mouth contained in saliva).  Within the cell, the DNA is packaged in units known as chromosomes.  There are two chromosomes that are perhaps the best known:  X and Y.  The remaining chromosomes are referred to as autosomal chromosomes.

On these chromosomes are physical locations (markers) that are used in DNA typing.  At each marker, an individual has alleles (types inherited from parents).  So, at each marker, we have 2 alleles (one from mom and one from Dad). The alleles are given a numerical designation.

As an example, here are some fictionalized DNA results showing alleles detected at 5 markers.

Markers 3 and 5 appear to have only one allele listed.  This indicates that the same allele was inherited by this person from each parent (at marker 5, each parent contributed a ‘7’)

Now let’s look at a more complex example of inheritance.  In this chart, we see the DNA types of the parents and how their alleles were passed on to two different siblings:

Getting back to the X and Y chromosomes, here is an example of how inheritance determines gender.  All males are X,Y and all females are X,X (again with rare exceptions).

There are specialized types of DNA tests that are specific to gender.  These can be helpful in identifications as well, and are often the first step taken.  For example, mitochondrial DNA (mtDNA) is actually found separately from chromosomes and contains much less useful information. However, all maternal relatives have the same mtDNA type (again with rare exceptions).  In other words, only the mother’s mtDNA type is passed on to the offspring.  Here is a representation of how mtDNA is passed down:

All of these individuals will have the same mtDNA type.  This is helpful in DNA identifications since any maternal relative can provide a sample for comparison to the unidentified individual. Unfortunately, mtDNA does not have the same type of discrimination as the autosomal DNA tests described above.  Additional testing needs to be performed to confirm an identification made by mtDNA testing, however it is powerful to quickly make exclusions.  Similarly, there exists markers on the Y chromosome known as Y-STR’s that are inherited by all males in a family in unchanged form.  In addition to providing assistance with DNA identifications, these specialized DNA tests also are used to investigate ethnic heritage.

I hope this sheds light on how Osama Bin Laden was likely identified via DNA testing.  The technology has advanced to the point where results can be obtained in a single day, and thus can provide quick closure to monumental events such as this.

Sources of DNA for Forensic Testing