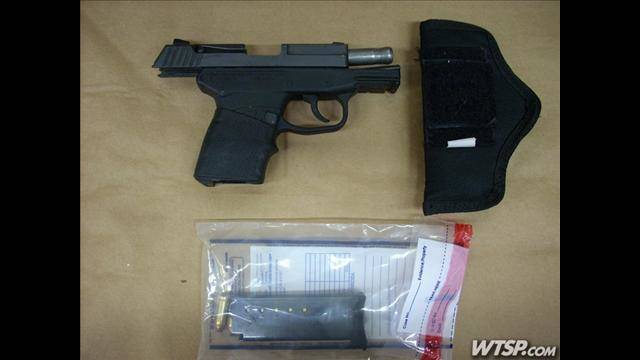 After my initial post on the case back in October, I was alerted to additional DNA notes and reports available online:

Below is a page of the evidence screening notes for the dark gray hooded sweatshirt belonging to Trayvon Martin.

RBS refers to the stains on the sweatshirt and likely stands for “red/brown stains”.

In a situation where there is a bullet hole in clothing, the examination of the clothing for distance determination or other issues relating to firearms is typically more important than examination of the blood, which would logically be from the wound.

There are 3 faint stains observed on the sweatshirt, however it cannot be determined based on the notes and fuzzy photographs where the stains were located.  Two of the 3 stains were positive for blood and subjected to DNA analysis.

No stains were detected on the sleeve area of both arms (from the elbow down) and swabs were taken of these areas for DNA analysis.

Due to the likelihood for destruction of DNA evidence, there are very few instances in which biological evidence should be packaged in plastic in a wet state.  For example, when a body is badly decomposed oily compounds result that will not readily air dry and thus must be packaged in plastic.

The problem with packaging biological evidence in plastic without first drying it is that the moisture cannot escape and bacterial growth is promoted.  Bacterial growth will degrade DNA evidence in time, decreasing or eliminating the possibility of obtaining complete DNA results.

For comparison, here is the electropherogram of the reference blood sample taken directly from Trayvon Martin:

Also, the report states for both the right and left cuff/lower sleeve areas “No DNA results foreign to Trayvon Benjamin Martin (me-3) were obtained…”,  which is accurate, however it is not explained that the results are extremely low level and partial, yielding very little DNA information.

Another point worth making (although it does not appear to affect this case) is the concern of contamination in DNA laboratories.  It is generally best practice to not extract samples that likely have trace amounts of DNA (such as swabs from firearms and fingernails) at the same time as samples that are expected to have high amounts of DNA.  If these types of samples are kept separate (where possible), it minimizes the chance of a DNA-rich sample contaminating a low level DNA sample.

My previous post did not address the Supplemental Laboratory Report dated May 9, 2012 which details the results of DNA testing of the shirt and jacket form George Zimmerman.

31 areas of the jacket from George Zimmerman were tested for blood, with 17 of them coming up positive.

2 quarters in a plastic bag represented as being from George Zimmerman-not examined.

9 of the stains from the jacket resulted in DNA profiles matching George Zimmerman.

With regard to the remaining stains from the jacket from George Zimmerman:

Stain E gave a mixture of DNA from at least 2 individuals with a major (strongest) DNA profile matching George Zimmerman. “No determination can be made regarding the possible contribution of Trayvon Benjamin Martin (ME-3 in submission 1) to the mixed DNA profile obtained from Exhibit DMS-19 stain E.”

Stain G gave a limited amount of DNA that could not be interpreted.

Stain I gave a mixture of DNA from at least 2 individuals with a partial major (strongest) profile consistent with George Zimmerman. “Trayvon Benjamin Martin (ME-3 in submission 1) is excluded as a possible contributor to the mixed DNA profile obtained from Exhibit DMS-19 stain I.”

There was only partial information obtained about the minor profile (4 DNA markers out of a total of 13), yet the lab used the term “match.”  Statistics in the range of hundreds of thousands to a few million show that the DNA profile is hardly expected to be unique in the population.

In my opinion, a more appropriate way to characterize the association of Trayvon Martin with the minor DNA profile is something along the lines of “Assuming a total of 2 contributors to the DNA mixture, Trayvon Martin is included as a possible minor contributor.”

Stain U was a mixture of DNA from at least 2 individuals and major and minor DNA profiles could not be determined. “Trayvon Benjamin Martin (ME-3 in submission 1) is included as possible contributor to the mixed DNA profile.”  For this stain the inclusion statistics range from 1 in 10,000 to 1 in 83,000.

“No determination can be made regarding the possible contribution of George Michael Zimmerman…..”

Stain V provided limited DNA and the only conclusion made was that the results are consistent with male DNA.

Stain Z provided limited DNA results and was deemed not interpretable.  Interestingly, there was a phrase I have never encountered in a forensic DNA report: “DNA results were consistent with the possible presence of non-human DNA on Exhibit DMS-19 stain Z.”

A large peak was observed in the Amelogenin (sex determining) range which was clearly different from a human X or Y peak.

Stain BB gave a mixed DNA profile consistent with at least 2 contributors.  Major and minor DNA profiles could not be determined.  George Zimmerman was included as a possible contributor (inclusions statistics ranging from 1 in 41 to 1 in 58), and “no determination can be made regarding the possible contribution of Trayvon Benjamin Martin…”

I hope that this post coupled with my first post  http://forensicdnaconsulting.wordpress.com/2012/10/05/dna-testing-in-the-trayvon-martingeorge-zimmerman-case/ provided a better understanding of the DNA testing in this case and considerations with forensic DNA testing in general.  Although a lot of discovery was made available, there are many more pieces of laboratory data, notes, protocols, quality control documentation, etc. that must be reviewed when formally evaluating DNA testing.  It will be interesting to see the media portrayal of the DNA issues as the trial goes on.

AN INTERVIEW WITH MEHUL B. ANJARIA FINAL SEGMENT

After my initial post on the case back in October, I was alerted to additional DNA notes and reports available online:...